I'm sorry to say that the last couple of weeks have been less than inspiring on this end. But I am seeing a light at the end of the tunnel, and better yet, the light is DAY-GLO!

I've signed up for a new swap on Flickr: I Heart the 80s(sic)! It looks like it will be a feast of nostalgia for those of us who came of age during that crazy decade, and an excuse to revisit the completely over-the-top design sense that helped define it! 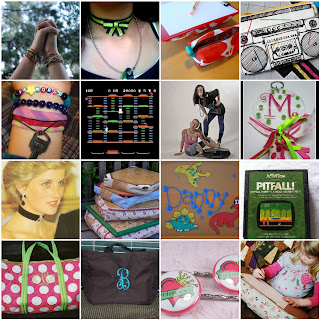 This is just a sample of some of the rad references I found on Flickr and incorporated into my inspiration mosaic for the group (the legend and links to the origins of the photos can be found here).

When I was trying to think of what sort of craft items or sewn goods I might like from that era, I kept coming back to the old lap desks, with the beanbag bottoms. Perhaps it has something to do with my relatively new acquisition of a laptop computer, which I do in fact use on my lap as often as on a desk. I found a vendor on Etsy, LapDeskLady who had some that screamed quintessential '80s in my book, like this one here... 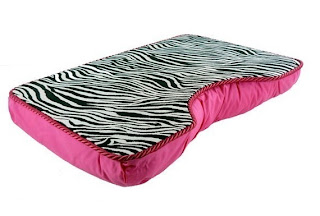 And of course, who doesn't still have a mix tape or two (or a dozen) from back then?? Someone in the group located this fabric from Timeless Treasures, too: 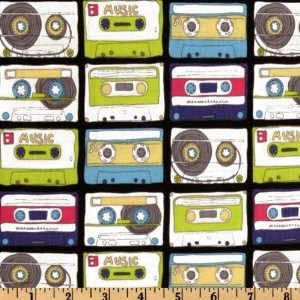 But one thing that was consistent on most every form of art/craft/fashion/nick-knack of the time was MONOGRAMS! Whether they be the traditional embroidered monograms on towels, robes, even socks, or a more age-specific style of first names stitched on backpacks, duffel bags (myself, I had a cute pink and green duffel I used for ballet class for years), and then there was the paint pen onslaught... the bubble letters, dot-serif print, cute butterflies and bees, labeling ANYTHING and EVERYTHING! I even have a cassette case with paint pen ID on it! 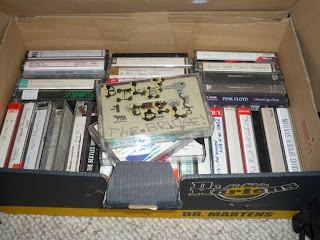 And I can't remember which came first, the monogramming or the string friendship bracelets, but I recall that I had some entrepreneurial friends back then (somewhere around 4th and 5th grades) with whom I combined my creative force and we offered our services for a nominal fee. That might have lasted for all of a month, who knows, but somehow embedded itself deep in the recesses of my memory.

So, as you can see, I am scouting for ideas and inspiration, and trying to come up with fun projects for my as-yet-undetermined swap partner! 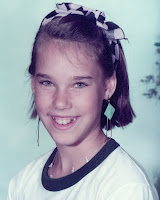