a new block or two 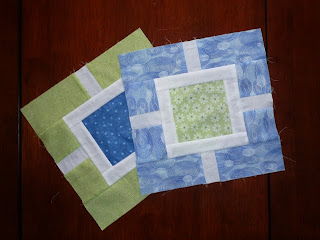 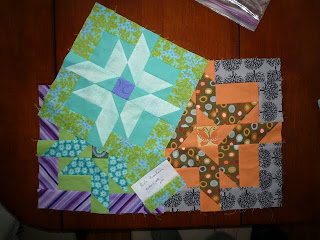 This past weekend I decided to concentrate on my Flickr bee blocks, as well as a swap project for the next PMQG meeting. I was pleased that in both of the virtual bees that I am participating in, the hostess for the month picked a block pattern that was new to me.

WendyLou {WendyLouP} was the host for this month's "Bliss" circle of do.Good Stitches. She shared a tutorial from Cindy Lammon's blog, Hyacinth Quilt Designs for this block, which Cindy calls Garden Fence 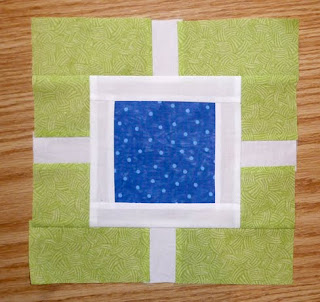 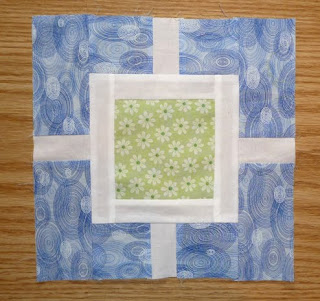 Now, the quilt she features on her blog, which was also apparently featured on Moda's Bakeshop, is stunning, in greys and yellows and white, a beautiful balance. You should definitely check out the link above to her blog post with this. Honestly, it's been a long time since I've been pointed to someone else's tutorial and felt I actually want to make a whole quilt using their pattern, but this one falls into that category!

For the Seams Perfect Bee, it was Rhonda's {adnohrg} month. She went above and beyond, and drafted a block from one she says she saw on a yahoo group. The original quilter used jelly rolls for hers, but Rhonda was trying to stay within our 12.5" block parameters, so she said she plugged it in to her EQ program and got the dimensions needed. Her color requests were to stick with the cooler side of the color wheel - green, blue, aqua and violet. 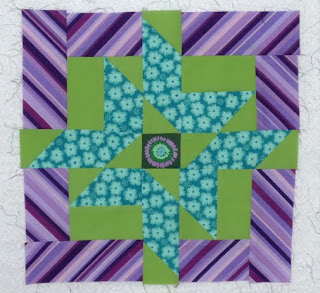 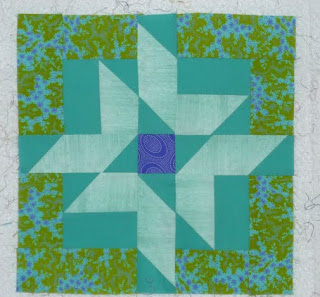 Now, though Rhonda had gone to some trouble to resize her pattern to get a 12.5" block, I have been making larger blocks for my personal sampler from this bee, so played around with measurements based again on a 2.5" strip. It kind of reminded me of the draping and drafting class I took in undergrad... at least in the sense of "work it out as you go." Let's just say it involved some trimming, but I managed to get a 15" block (half an inch smaller than most of my other blocks so far, but I suppose that's part of the fun of a sampler, right?) 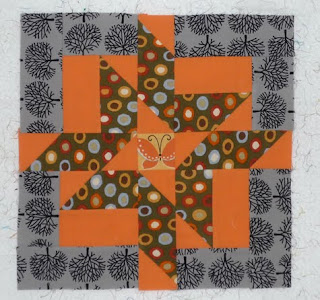 After next month's block I'll take a photo of all of my orange, green, grey blocks together, to date and start to play around with how I will combine them all. Until then...
Posted by Linda Beth at 9:35 AM