One of Those Days

We've all had them.
It started out unremarkable. Woke a little later than usual, but not as late as yesterday. Made some coffee, had a shower, ran a load of laundry, checked the websites.

By the time I headed off to the studio, it was close to noon.

After a bite to eat, I started in on picking up where I left off on the quilting of the Tangerine and Wine quilt.

And then it happened. My Bernina gave up. Ironically, I had just asked earlier in the week about taking it in for service at Modern Domestic, but was planning to wait until after I finished this project and hit my deadline. But today it not only was skipping stitches, but it basically wasn't picking up ANY of the bobbin threads... or not many. 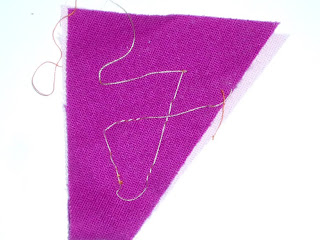 So I wound a bobbin on my Viking and tried that one. I tried on two different sewing tables / surfaces. 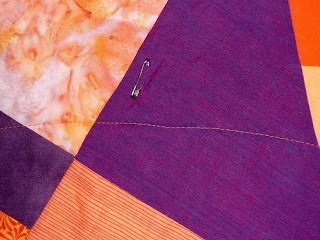 and I kept getting that darn hiccup, or whatever you want to call it... 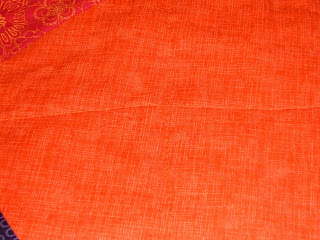 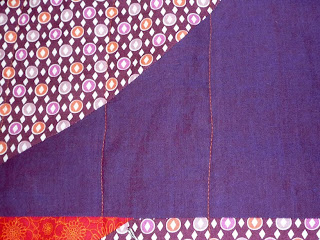 Until I started ripping out as many stitches as I had actually sewn today.

And then I had a thought... what if I drag my big IKEA table over to my proper sewing table with the recessed cabinet for the machine and platform? All I need to do is adjust the height of the table legs and I'll have a super surface for this quilt where I can see all! 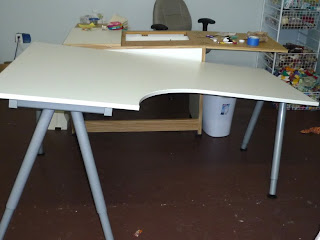 I didn't take into account the possibility that the legs wouldn't tighten again to the desired height. 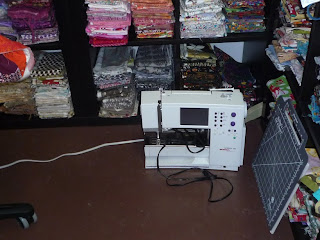 (machine that doesn't work, as of TODAY) 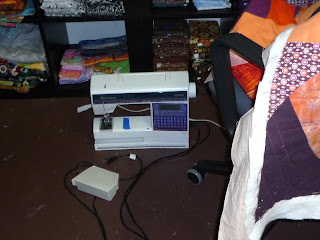 (machine that needs the recessed cabinet for quilting, and was set aside for safe keeping) 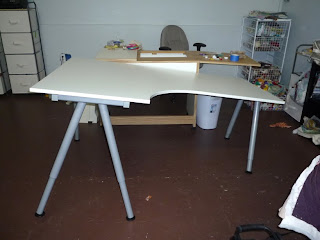 (cockeyed sewing table that's no good to anyone for now!)

But then I got a little bit different Perspective. I had plans to meet up with a close friend for drinks, and even before we met up I was aware that she had gotten some bad news. She got news of a death in the family mere minutes before we got together. I wish I could say that all of my trials during the day faded away, but that's not quite true. However, I did get a little Perspective.

And once I came home, I popped in the Netflix I got earlier in the week, and watched an amazingly inspiring and moving film, "Temple Grandin". The story of a woman recognized with autism in the 1950s and her journey through boarding school, college, graduate school and making her mark in the world (quite literally). Again, Perspective.