I know I haven't been a very good participant of blogland lately. Not sure what to say about that, or if I just pick up the reins and go from here. 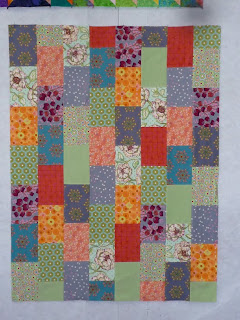 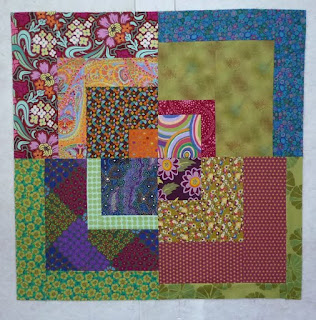 (one new design that inspired me earlier this week. The scale on this can be deceiving... this is 40"x40".)

This evening I came across a blog post by Rachel at Stitched in Color that really resonated with me. She was talking about a certain hesitation AND at the same time desire to bring one's personal life into light in a crafting blog. She also addressed a hiccup in confidence when considering getting into the ring on some of the contests and juried shows in the field.

Both of those themes have been weighing on me lately, too, which I think might explain at least some of my "radio silence." And inevitably they are intertwined, am I wrong? I don't want this to turn into a pity party, or a list of complaints and shortfalls, and I am sure no one reading this wants that either, but sometimes it's hard to talk about what I AM accomplishing without addressing what might have driven me in that direction.

That said, my focus this week has been dedicated primarily to a couple of competitive endeavors whose deadlines are fast-approaching – like in two days, approaching. 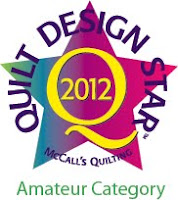 At the end of March I saw a call for entries from McCall's Quilting, looking for submissions for a contest they're holding, "Quilt Design Star, 2012." Now, I don't expect I have a chance in a million to get anywhere in this one, but I am trying to embrace the idea of putting myself out there and working toward specific goals, and, well, this qualifies as both, right? And we as artists and creators have to take these chances to make more chances for ourselves. It can be a huge challenge and often ends in disappointment (at least for me), but there is a passion and love for the process that keeps us at it.

And then there's the Portland Modern Quilt Guild's special exhibition at Sisters Outdoor Quilt Show this summer. I decided months ago that I wanted to submit one or two quilts for consideration, but with no information forthcoming I didn't keep a specific target. Then at last week's meeting we got the low-down, including our submission deadline, just 10 days later (which will be this Saturday). I'm kind of excited about what I have in mind to submit, and they are being quite lenient on what stage your quilt is currently in, thankfully, but the news came to me on a day when my ego was feeling a bit bruised. Let's just say that the last week has been full of indecision, uncertainty, some self-deprication, and ultimately getting down to business. 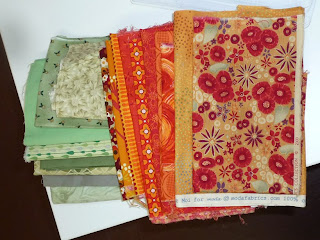 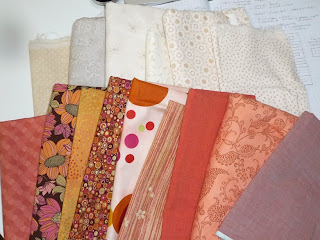 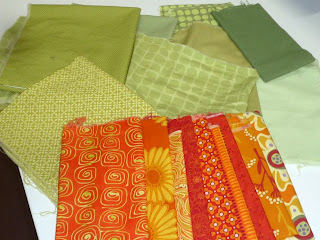 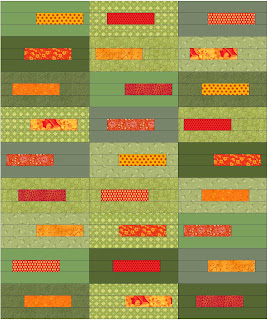 and getting down to business 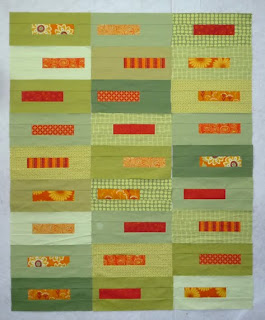 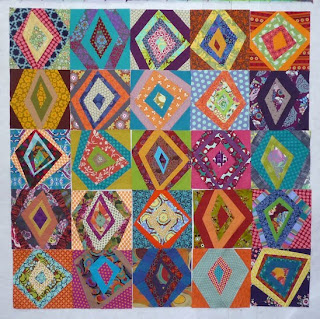 (blocks were made by the members of Friends + Fabric = A Modern Stash Bee group on Flickr. This is missing blocks from one of the members, so hopefully they'll arrive before I need to finish piecing this, on the off chance I DO get into the show.)

I feel like I have so much more I want to share from the last week or so, but now maybe isn't the time. And by "now" I mean this late at night after I've been at the studio all day and can hardly keep my eyes open, not necessarily the more general idea of this juncture of time and experience. (see, I'm starting to totally babble and lose coherence.)

So goodnight for now, and thank you for sticking with me.