crafting in all forms

So, this post is dedicated to a craft other than quilting: beer brewing. 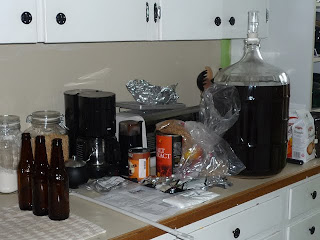 For as long as I've known him, my boyfriend J has made fruit wine. 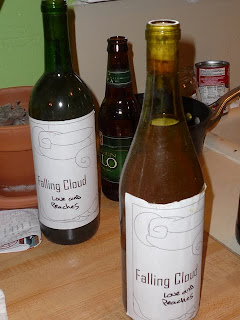 He's had great success with blackberries, peaches, strawberries... less so with nectarine and banana-ginger. However, in the last year or so, he's expressed an interest in trying out beer brewing. So, for Christmas this past year his folks got him a brewing kit. It hung out in a seldom-seen corner of my dining room until about two weeks ago, when the bug hit and the kit got unpacked. 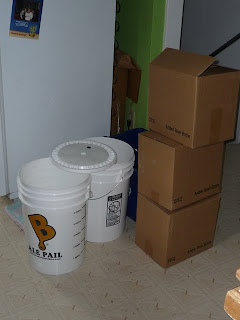 J took meticulous notes on his process, and when he racked the beer last week, we enjoyed a preview. Sure enough, it tasted like beer! Granted, a little thin and without carbonation, but actually like beer as opposed to rotting grain. Today we made a trip to one of the local brewing suppliers, F.H. Steinbart's, and picked up a few cases of bottles, as well as ingredients to make a next batch. This afternoon has been dedicated to washing and filling bottles (at least HIS time has been dedicated to that!) 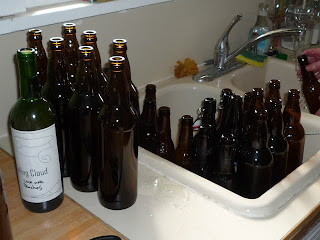 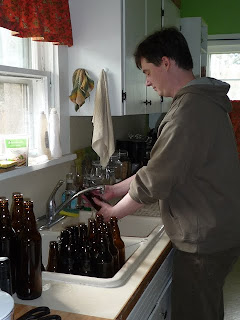 Now, we wait another couple of weeks for the yeast and enzymes to do their thing, create CO2, and make an ale! 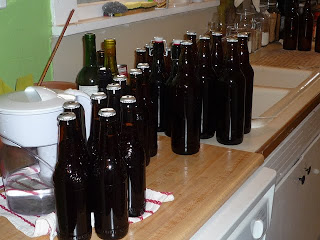 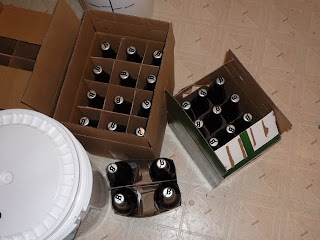 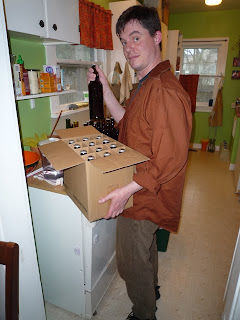