So, I guess I've been holding out on sharing much about my first major entry to a quilt contest. Some might say I play by the rules, and those same folks would also say that I take thing rather literally. And both are more or less true.

I did, once before, enter a quilt into a contest, or rather a juried exhibition. It was only a couple of years after I had started quilting, and though I still stand by the inspiration and theme of the quilt, I acknowledge that the technical aspects were not exactly museum worthy. I was looking for ways to combine my relatively newly discovered love of quilting with my more steady, consistent love for photography. It is a black and white "Trip Around the World," both literally and figuratively. 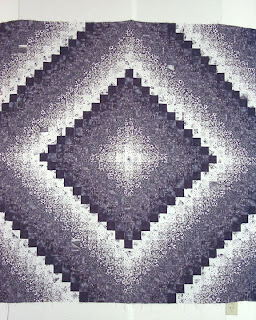 I designed this quilt using photographs I had taken while traveling. I printed the photos onto ink jet printer fabric (NOT Printed Treasures... in fact I don't even remember the brand) which ultimately discolored and became more charcoal and mauve than black and white, 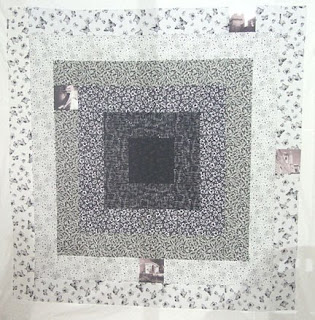 plus I hand quilted the piece, with little to no experience. (Experience now tells me that my hand quilting will NEVER be jury-worthy!)

And enough with the tangent... Back to the matter at hand - the Modern Quilt Guild's Project Modern 2 Challenge. The theme, as you most likely know, was "monochromatic" with a bit of discussion about how stringently they would be sticking to that definition. I tried to do my best, though I battled with WHITE and the family of TEAL just a bit. However, I was happy with what I came up with. I started out with these guys 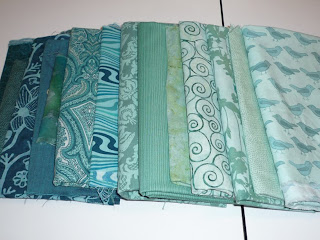 and started building out from there. 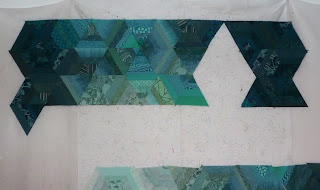 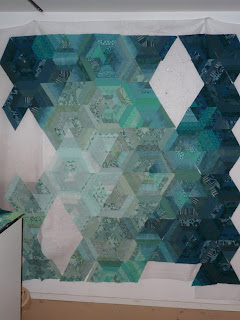 My first step was playing around in the sketchbook, and the first design I came up with, I figured was both more complex than I wanted to try for this, and would perhaps not be best realized as a monochromatic quilt. So I played some more and came up with a quilt based primarily on scrappy, string-pieced patches. After much playing around and adding to the fabric pool, I landed on what worked best for me. 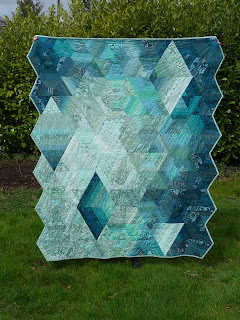 Over all, this process took about 2 and half months, a few pieces of paper, and a fair amount of fabric. The quilting and binding of the quilt are something else entirely, and I shall devote another post to them, but for now I will stick with the overall picture and just say that I am glad to be in the game (even though I don't know the results just yet...) 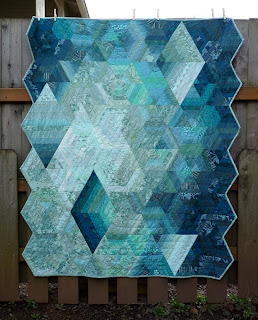