Okay, so a couple of weeks ago I talked my boyfriend into running errands with me, one of which included picking up several yards of batting from Fabric Depot. That batting still sits folded up on a credenza along side my sewing table, waiting to be cut down to the correct sizes for the finished quilt tops that I actually intend to quilt myself at some point this year.

And I just finished one more quilt top to be added to the list: 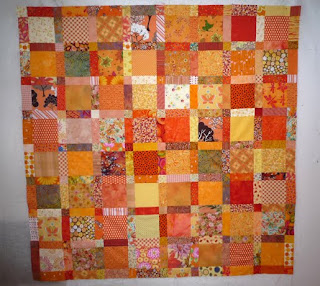 And that, of course, gives me permission to begin a new one! I have had this sketch in my sketchbook for the last couple of months, and found the ideal fabric to use as the focus, but have been gathering coordinating solid fabrics for the pieced blocks. 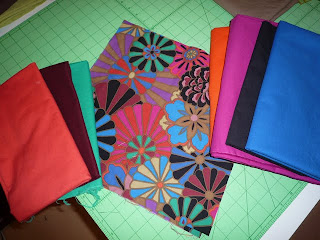 Today I began work on it. I started with the easy blocks 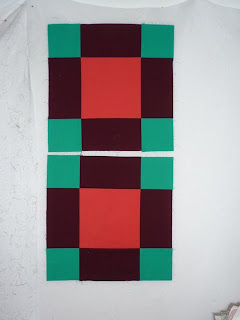 and moved on to some of the more complex, though still pretty straightforward 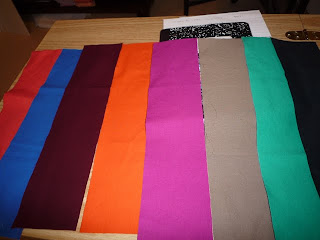 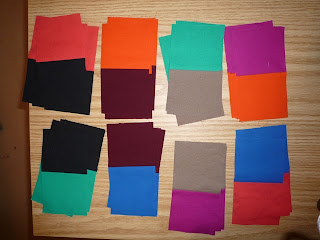 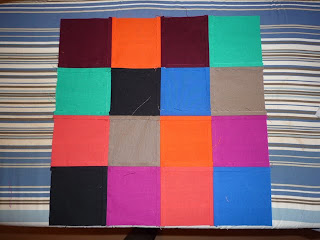 (I still have 4 more of these blocks to make... for some reason my calculations were off. I could have SWORN I only needed 64 pairs, but sometimes getting my head around the numbers is harder than it should be!)

And there is one more type of block to work on, the most involved and least regular of the bunch - leave it to me to save the hardest for last. But here is an intimation of where this puppy is headed: 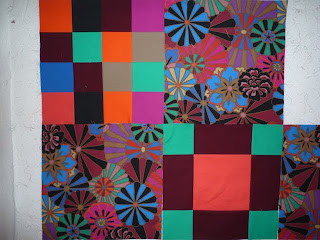 I hope to get to it either tomorrow or the next day, but I have a couple of diaper bags to work on this week, one of which is intended for a baby shower I unfortunately won't be able to be at next weekend. But love the mom-to-be, and with the help of her sister-in-law found some KILLER fabric to make up her project!! More on that later.
Posted by Linda Beth at 7:59 PM