I'm writing this post as I am (perhaps simultaneously) missing the baby shower of a friend. A couple of years ago I made Amy Butler's "Nappy Bag" for a shower gift, and have decided that it is a fun, effective, and most importantly, useful gift. Oh, and it can go together in just an afternoon or two! So, last weekend I embarked on my second adventure with this pattern, adapting it slightly to be a little more efficient, and to accommodate my main fabric choice. 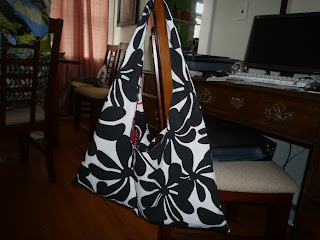 I found a fun, graphic B/W home-dec weight canvas at Fabric Depot, and a coordinating one for the changing pad case, so cute I could not resist! 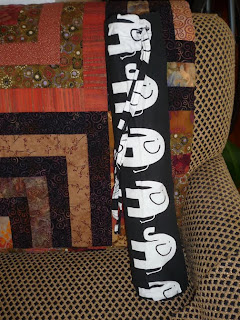 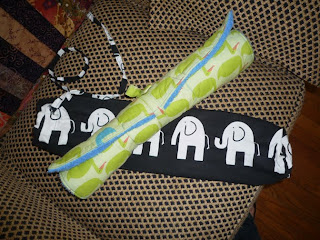 At that point, I enlisted the aid and company of the mother-to-be's sister-in-law in finding the lining fabric and making a trip to JoAnn's for terry cloth for the changing pad. We lucked out, and she even found mini cupcake tins and liners as well, which I believe she inaugurated with treats for the shower.

One thing I had remembered about this particular pattern from my initial experience, is that there is a LOT of fabric waste, especially if you keep your lengthwise fold directly in the middle of the width of fabric. So I played around, and found that with the 60" home-dec fabric I could actually get two bag exteriors from the yardage on the pattern. 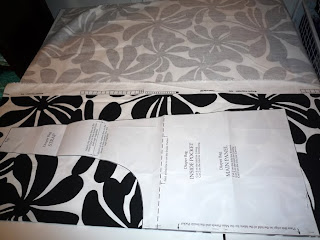 On top of that, since I was already using a very sturdy canvas, I eliminated the lightweight canvas she recommends as a stabilizer between the exterior and lining of the bag.

As for the lining requirements, she offers one yardage recommendation assuming one will use the same print for the bag interior, and all pockets and pocket facings. I chose to mix it up a bit, and subsequently I THINK I minimized total yardage. 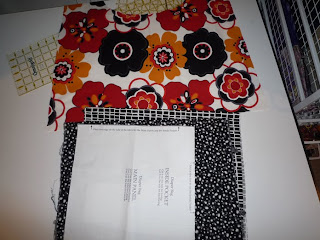 I followed the recommendation for the exterior of the bag in buying new fabric for the interior lining, but pulled from my stash the prints for the sides of the pockets that will show, and used a coordinating solid broadcloth for the pocket interiors. 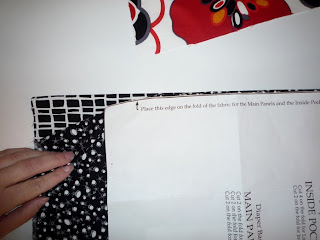 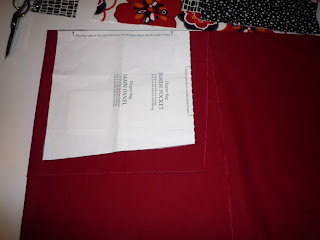 Once I got my calculations, folding and cutting squared away, the construction itself went very smoothly, though I will reiterate what the pattern reads in bold text: be sure to read all of the instructions before beginning! I found I did make a couple of mistakes by simply going ahead in a logical, intuitive way which actually made a subsequent step much more complicated. It's nothing that showed in the end, just that I realized I jumped the gun on the lining and if I had been following the pattern instructions more closely, it would have been much easier. No harm, no foul, right? 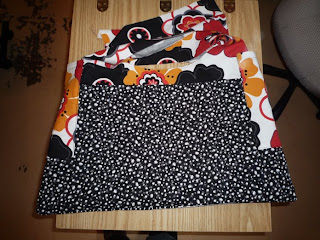 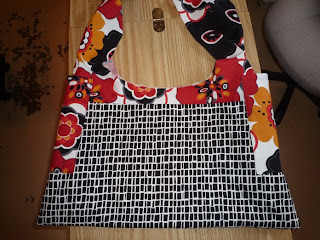 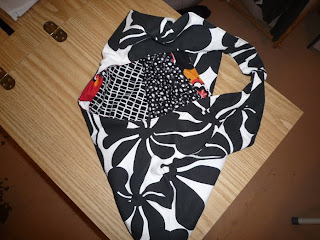 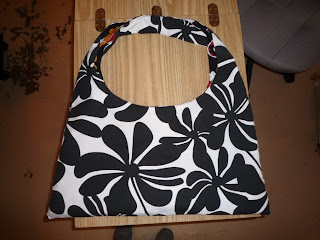 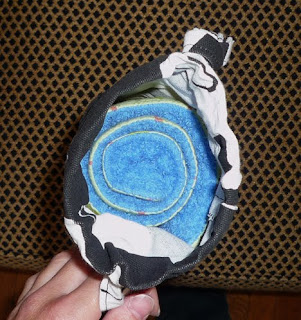 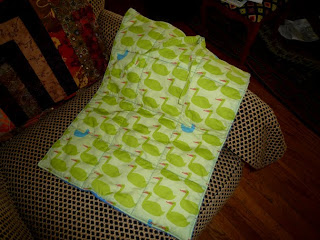 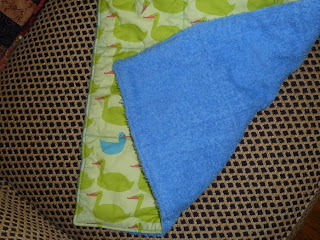 And in the end, I got a bag I think is super cute, and hope that Becca, Mike and their soon-to-arrive baby boy will get much use out of it!
Posted by Linda Beth at 3:31 PM