A Past Project with New Intent

Just when I was resolute in not joining any more swaps and not committing to another bee just yet, I came across an extension of one of the do.Good Stitches projects for this month. August is Natalie's month to design and quilt for her circle, and she asked to alter their recipient charity for this round, to instead contribute the quilts to the NICU at one of her local hospitals to go to preemies. She wrote a detailed account of her inspiration and intention on her blog, Threaded Mess. It's definitely worth checking out, even if you're not a quilter... just a way to think about doing little things for the community that can make a big impact to a few others.

Her block inspiration is from a tutorial by Anna Marie Horner, developed by her son during a block drive in 2010 to benefit the flood victims in the Tennessee valley, which she called Rainbow Around the Block. The idea being to collect an assortment of blocks using the same pattern, but each one having its own distinct color story - so together they become the rainbow.

Inevitably, I decided to make an effort to join Natalie's block drive and this morning began pulling focus fabrics and stacks to go with each: 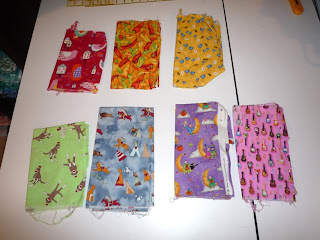 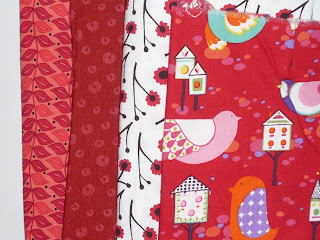 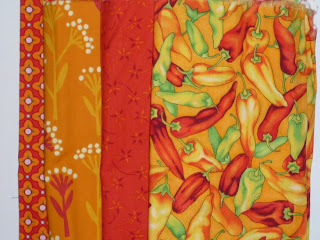 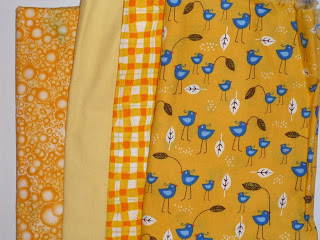 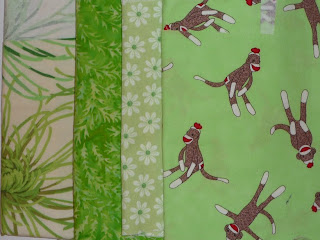 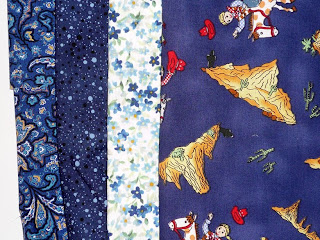 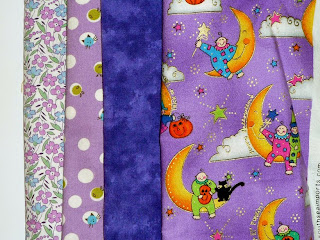 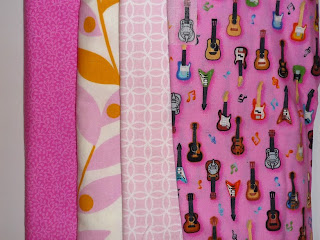 I figure a couple blocks a week should be approachable, right??
Posted by Linda Beth at 8:26 PM