Never too late (I hope)

As a periodic blog reader I undoubtedly came across all of the WIP Wednesday posts (hosted by Lee at Freshly Pieced) during 2011. As a novice blog writer, I wasn't ready to take on such a commitment.

It's a new year, right? Is anyone else feeling the magic of January 2012?

So, I know I missed the first installment, but I figure better late than never, yes? So, here's MY first contribution to the list-making, track-keeping, over-sharing of WAY TOO MANY things on my plate!

I'll begin with the UFOs. One of my goals this year is to address several (if not all) of the projects that were begun in years past, then shelved indefinitely, primarily because they were either from classes I took but didn't follow through on, or simply because the gift-making and etsy-friendly projects took precedent. 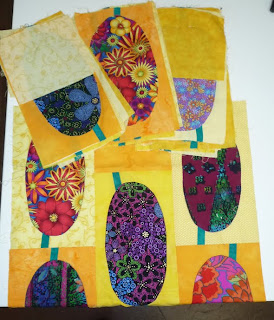 A partial quilt top and blocks from a class with Lee Fowler entitled Encapsulated, which I took from her over 5 years ago, easily (back when StoryQuilts had a storefront in Beaverton, OR, where I had the pleasure of working for an all-too-quick year+) 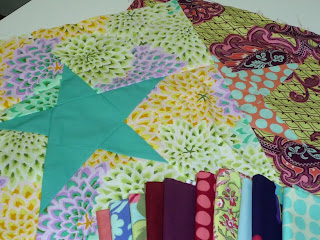 My Summertime Stars quilt using Amy Butler's "Love" – discussed in detail in this post from yesterday. 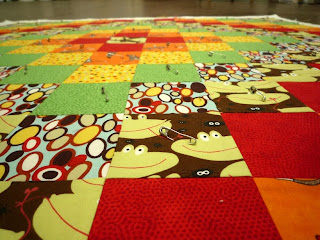 A quilt top awaiting quilting for the past 2-3 years. I pin-basted it on Tuesday. Honestly, it is one of about 7 tops that need to be quilted, but I'm only going to address them a little at a time (I hope that's within the rules!!) 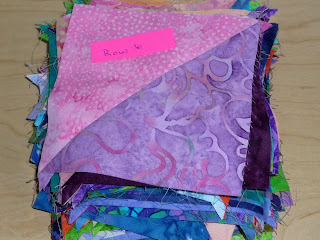 Half of my blocks for my second version of the Warm-Cool Quilt Along, hosted by Jeni at In Color Order.

NEXT on the list are projects that are in process, but begun *relatively* recently: 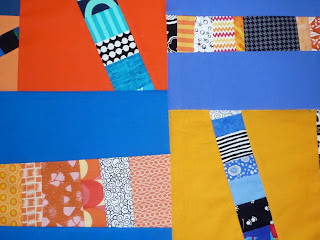 Must finish piecing (and then quilting and binding) the November quilt for the Bliss Circle of do.Good Stitches. 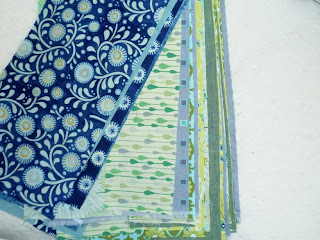 A set of placemats cut out and awaiting stitching/quilting. 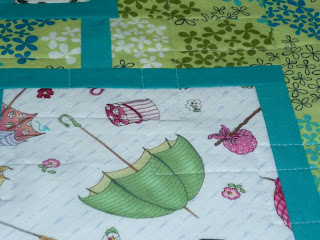 Started quilting the I-Spy quilt top I finished last week. Still have a fair bit to go, though! Hopefully by next week it will be among the "Completed" list! 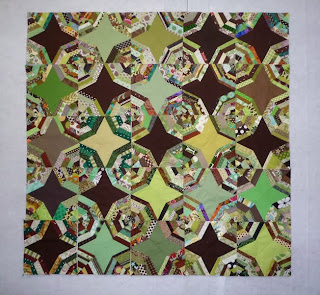 Got the majority of my bee blocks from the Seams Perfect Modern Scrap Bee pieced into a completed top, now I just need to piece the backing and quilt it (though this one I MIGHT farm out... we'll see!) 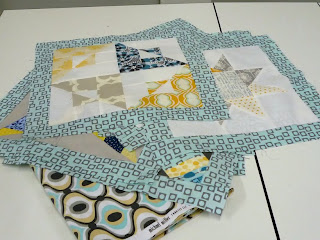 I've been adding to my received blocks from September's Nubees block swap on Flickr. I now have as many as I want, with the sashing fabric around each one. I think I might need to audition another background possibility, but if I DO end up going with this Michael Miller fabric, I'll still need to get a bit more. 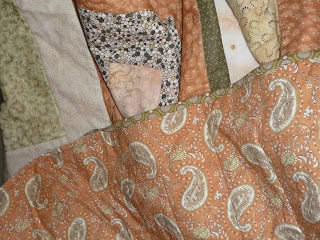 Another quilt top that's been hanging out on a shelf for quite a while, which I finished quilting this past week, and am just in the process of binding.

So the tally?
Completed - 0
New projects - 0
In progress - 10 (and that's a conservative estimation)

So, what is everyone else working on??
Now go get inspiration, as I did, from all of the other creative folks linking in at Freshly Pieced!!