To begin with, I have FINALLY gotten a couple of new items up in my Etsy shop, also titled Surrounded by Scraps. It had been way too long since I had updated that little venue so I am glad to have a little momentum back.

But in order to get a few of the newer items up sooner rather than later, I did have to take some binding work away with me camping this last weekend. My reasoning was twofold: we were going camping primarily to celebrate 2 friends' birthdays and I had intended to sew up a little gifty for the birthday kids before the trip, but fell short on time. But here's a little hint on what I had in mind... 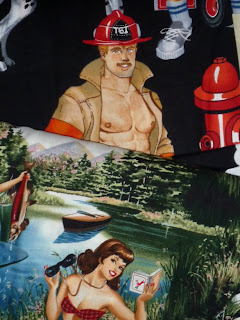 (both part of the Alexander Henry collection)

The second part of this equation is that I had spent the time I had in my sewing studio before the trip trying to make some new potholders and get the bindings machine sewn on to take with me, INSTEAD of working on the birthday presents, so I figured I'd better actually have that handwork with me to have SOMETHING to show for the oversight! 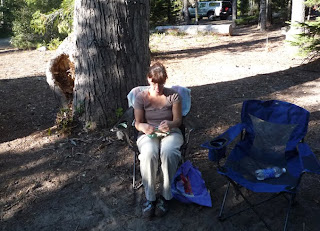 and with a little fire going 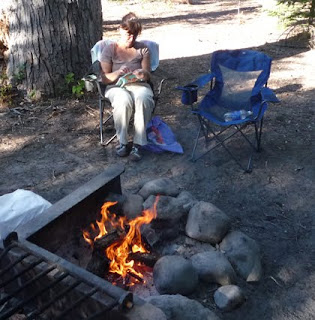 trying to smile for the camera - feeling a bit foolish, I have to admit! 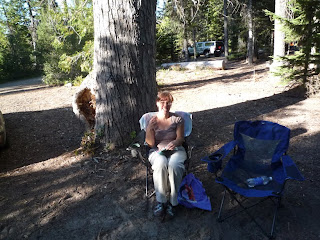 Now, thankfully I wasn't the only one playing at hobbies. J was trying his hand at starting fire without matches or flint, simply with the power of the sun! He got the bark smoking, but no flames to be had this time around... 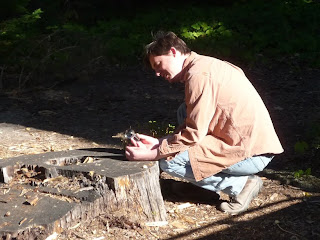 The first night it was just J and myself at a campground on the east side of Mt. Hood with a creek running right by. The following day we drove around, back toward Portland to meet up with the rest of our party at a campground on the Sandy River. Fun was had, horseshoes were thrown, pinecones were fetched and breakfast was quite a to-do! 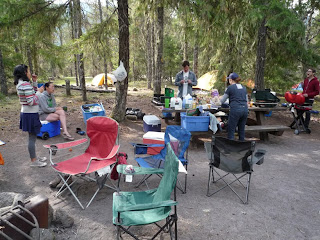 (look at all of those camp stoves in action!!)

It was a great weekend, and I even have new potholders that survived (and will be in the next load of laundry to be sure there are no remaining campfire fumes attached - I promise!) 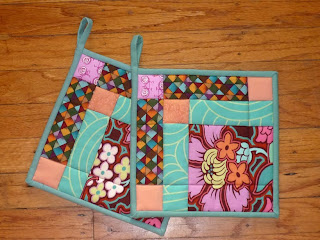 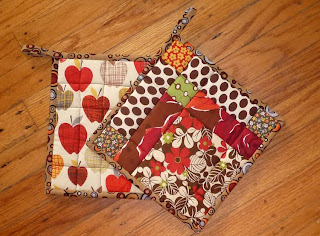 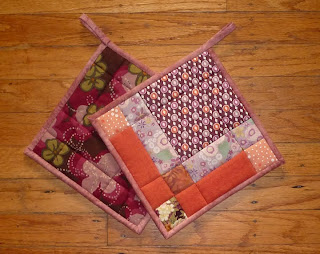