I'm going to be testing out some new blocks in the next couple of weeks and months. A few days ago I decided to start with the sunburst block, a tutorial for which can be found at Film in the Fridge. Now, Ashley does start out by saying that it was quickly penned and describes her own process, not necessarily tried against other possible ways of doing a similar block.

And I did have some trouble with it. But here's what I have so far:
Started gathering strips and scraps of printed and solid fabrics. 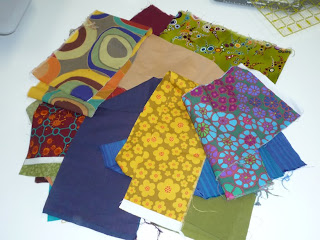 Had my computer open to Ashley's tutorial as I began piecing bits together. 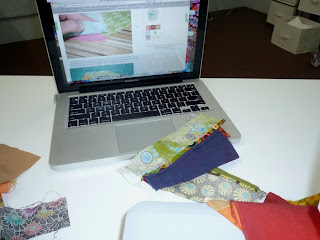 Continued working across, trying to measure as I went, but that was not always as successful as it would seem. 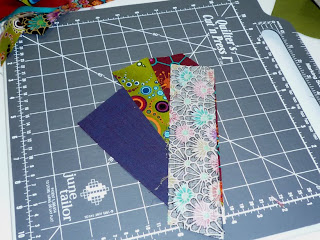 (as the last green prints shows... because of the angle of the seam, I lost the necessary length at the top). 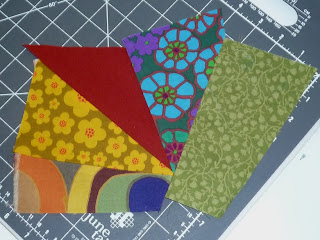 And I apparently can't get my points matched up properly, either. 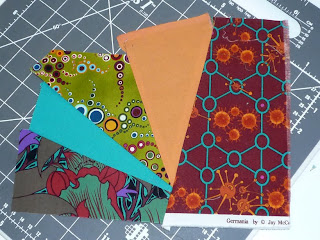 I was working on 4 different halves, but by the time I got them "finished" I only had 2 viable halves, neither one of which is quite right, but it's a start! 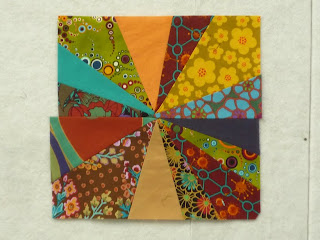 Next week I'll play around a little bit with the process and report back. But I was very happy to have somewhere to start, so thank you, Ashley!